I ventured out of my hotel in Bogota on a Sunday morning, not quite knowing what to expect. Would it be quiet, were there pickpockets around, and was anything open? Already, the stereotypical assumptions around Bogota were beginning to niggle, but I was in for a surprise.

One of the best times to see Bogota is a Sunday morning as people reclaim many of the downtown streets. Cars are restricted and banned from many of the main roads and cyclists take over. There were people walking around, bikes gliding through the streets but there was something else. The steady rhythm of music pierced the air as bands paraded through the city. They were celebrating the city and the vibrancy was infectious. There were youth drum bands, dancers, masked people, and men on stilts.

Bogota had an air of expectation too. Pope Francis was about to visit and preparations were underway in the world’s 7th largest catholic population. Apart from having a selfie taken with a Pope cardboard cutout there were mugs and t shirts on sale. And all around the main square people queued to see a famous icon that had been moved to the cathedral for the Pope’s visit. 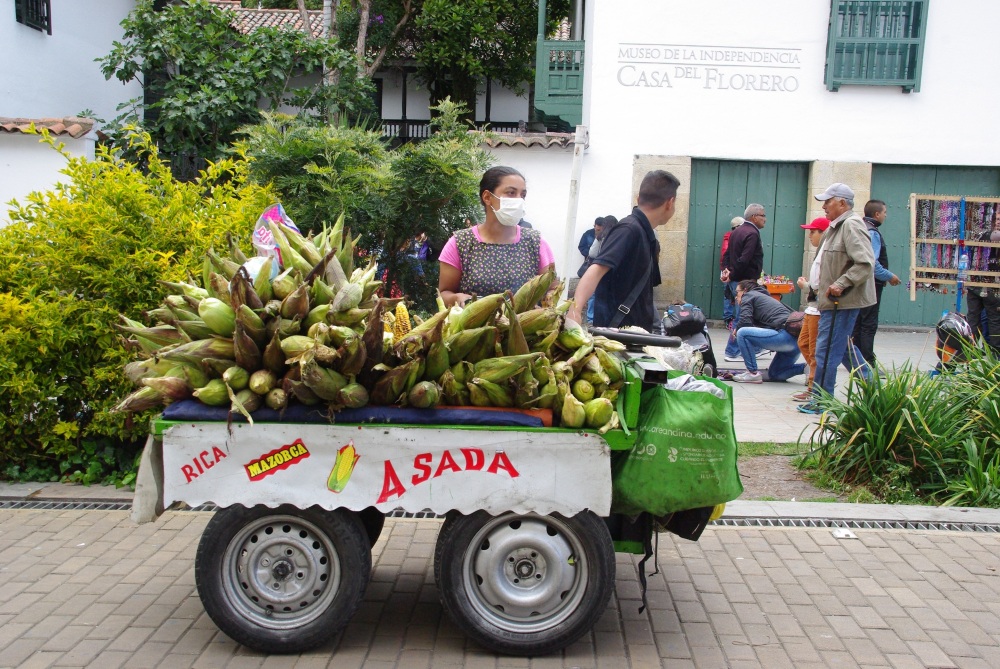 Street vendors sold churros and coconuts. A lone woman danced a solo tango in time to soulful music, and a man made the final touches to a mosaic in honour of the pope’s visit. On Sundays people are encouraged to get out and reclaim the city in Bogota. The Gold Museum is free and it is a time to celebrate.This was the prelude to my Colombian journey. 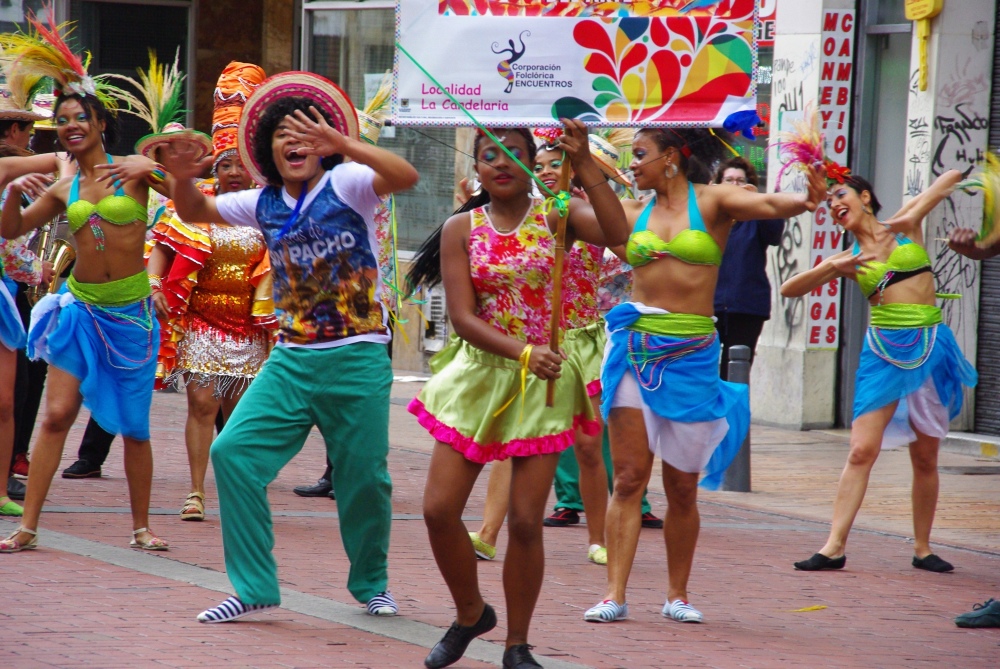